Indoor cycling bikes are a means for people to get full-body workouts inside their homes without having to pay the costs of going to the gym. Indoor bikes also enable people to lose weight and exercise their muscles without causing pain to their muscles. Therefore, it is important that you know which indoor bikes are good-quality. For this purpose, we recommend the NordicTrack Grand Tour indoor bike.

What Ss the NordicTrack Grand Tour?

One of the features of the NordicTrack Grand Tour that make it stand out from many other indoor bikes is that both its incline and decline can be adjusted from zero to ten degrees during a workout. The user does not have to move their hands from the bike's handlebars in order to make the adjustments since the controls for making the adjustments are on the handles. The bike is 62 inches high, 62 inches long, and 23.5 inches wide. It can service users that weigh up to three hundred fifty pounds. Its flywheel weighs sixteen pounds.

The NordicTrack Grand Tour has a built-in adjustable tablet holder as well as a seven-inch touchscreen on which users can surf the web, watch YouTube,  read emails, and perform other activities online. There are 32 workouts built into the bike, created by professional personal fitness trainers. The console for the touchscreen has a CoolAire fan that can cool the user down during workouts. The console also includes a built-in dual 2-inch speaker system that the user can plug an iPod device into in order to listen to music.

Users can also use the touchscreen with iFit Coach to watch workout videos and to keep track of their nutrition, sleep, exercise, and daily activities. Users can use the touchscreen with Google Maps to go on virtual bike rides through different locations. The bike will adjust its incline and resistance to imitate riding through the terrain that the user is exploring. Below the console are two dumbbell weights that each weigh three pounds that allow users to exercise their upper body along with their lower body. The NordicTrack Grand Tour can also work with Bluetooth Smart Technology.

We picked a few similar products available on the market to see how they compare. 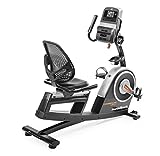 This bike enables its user to work out the upper body as well as the lower body and has several technological bonuses.

The user can easily assemble the bike at home with the instructions provided with the bike.

The adjustable incline and decline, along with the bike's computer technology, allow the bike to fit the various needs of its users. 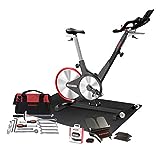 The Keiser M3i Indoor Cycle bike features a Bluetooth wireless computer that can connect to phones and tablets. It has a height of 45 inches, a length of 49 inches, and a width of 26 inches. It includes adjustable fore-and-aft handlebars, adjustable Shimano Combo pedals, and a four-way adjustable seat. It also includes an Eddy current magnetic resistance system that took ten years to develop as well as 24 gears for adjusting the intensity of workout sessions.

The bike will usually not require maintenance because its moving parts do not touch each other. It can hold users that weigh up to three hundred pounds and has a flywheel that weighs approximately eight pounds.

This bike is significantly more expensive than the Grand Tour bike.

The bike has adjustable parts and includes 24 gears for adjusting workout intensity.

It comes assembled which is convenient for users.

This bike is designed in a way that helps the user avoid having to do extensive maintenance, and it includes Bluetooth wireless technology. 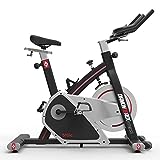 The Diamondback Fitness 510lc indoor bike features sixteen levels of resistance that are controlled by the bike's computer. It also features a blue LCD display screen and a flywheel that weighs thirty-one or thirty-two pounds. It has 14 workout programs that imitate various kinds of terrain and that include eight preset programs and four cardiovascular programs.

The LCD screen will display data that includes distance covered, calories burned, time, cadence, and heart rate. The console of the bike does not require batteries since the energy from the pedaling powers the console. The Diamondback Fitness 510lc has both an adjustable seat and adjustable fore-and-aft handlebars. It includes a water bottle holder and can carry users that weigh up to three hundred pounds.

The bike has quite a few workout programs and includes cardiovascular programs. However, it does not include computer entertainment.

Assembling this bike will take between 20 minutes to two hours.

This bike is designed to not only help athletes but also to help heart patients. However, its computer technology does not have entertainment features.

The warranty will cover the frame and brakes for five years and will also cover the electronics and parts for three years. 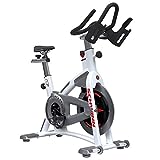 The Schwinn Fitness AC Performance Plus indoor bike features an aluminum frame that will not suffer from rust. It also features a six-magnet brake system in which the magnetic brakes do not come into contact with the flywheel, thus reducing the need for bike maintenance. The bike can carry users that weigh up to three hundred fifty pounds, and its flywheel weighs 37 pounds.

The bike has a Carbon Blue belt drive that has soft nylon teeth that help to smooth and quiet down exercising. The belt drive is made of polyurethane and has a carbon fiber core. These traits enable the belt drive to last for years. It features ErgoLoop performance handlebars, aero bars, and double-link pedals joined with Shimano SPD clips; all these mechanical features enhance the performance of the bike. The handlebars and seat of this bike are adjustable for many positions.

This bike is the most expensive one in this list. It is significantly more expensive than the NordicTrack Grand Tour and the Diamondback Fitness 510lc. 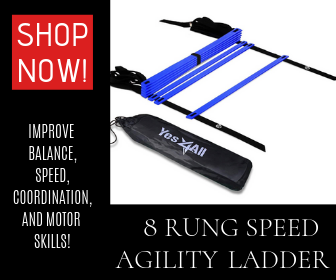 This bike does not feature computer technology. However, the Carbon Blue belt drive helps to smooth the exercising.

Assembling this bike will take up to two hours.

The bike is designed in a way that will smooth and quiet down the exercising and will also help the user avoid maintenance as much as possible.

What is our verdict on the NordicTrack Grand Tour indoor bike? Unlike the other indoor bikes, the Grand Tour has a lifetime warranty for the frame and includes dumbbells for upper body workouts. It is compatible with Bluetooth technology like the Keiser M3i, but it can also work with iPod devices and comes with its own entertainment features. It is more expensive than the Diamond Fitness 510lc, but it also has more workout programs and a greater weight capacity.

The NordicTrack Grand Tour shares advantageous features with the other products we compared, but its most noteworthy features are its adjustable incline, its adjustable decline, its extensive computer features, its inclusion of dumbbells, and its lifetime warranty for its frame. The fact that it has all these features and yet is less expensive than the Keiser M3i and the AC Performance Plus makes it an even more remarkable product. And so, we give the NordicTrack Grand Tour indoor bike five out of five stars. For more information on this product, go to fitnesstechpro.com.

This site uses Akismet to reduce spam. Learn how your comment data is processed.